Contrarily to what some critics would have you believe, Love is not too ambitious. The problem here lies not in scale or feasibility, but in the crew's lack of confidence in their own skills as filmmakers. And while it does seem like an ordeal to seamlessly merge two timelines almost two hundred years apart (one will probably be reminded of Aronofsky's The Fountain here), it could've been carried out successfully hadn't it been for the overwhelming soundtrack by Angel & Airwaves and the overly wordy screenplay. But as it stands, despite great cinematography and some extremely crafty art direction (the futuristic space station and replicated 19th century battlefield are a sight to behold), the film reminds one of a music video, stretched to the unbearable length of 90 minutes. 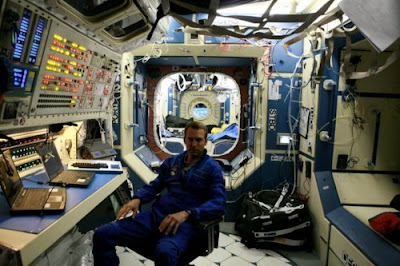 Early jitters: first-time director Eubank isn't convinced by
the intelligibility of his images, needs explanatory dialogue to
complement every one of them


The year is 2039. Gunner Wright stars as Lee Miller, a single astronaut aboard a space station, which he is given the task of maintaining. All is well and good until the man loses contact with his base back on Earth and becomes stranded in the sidereal void, completely cut-off from his loved ones, and the oh-so awesome humanity he has left behind. At first, he manages to keep his sanity by exercising and trying his hand at the ship's comm station. But as years pass by, he becomes increasingly desperate and starts sinking into madness, which is depicted with all the conventional signs thereof (endless monologues, writings on the wall, hallucinations, dwindling personal hygiene...). At some point, Miller stumbles upon a handwritten diary describing the exploits of a soldier in the American Civil War on a mission to investigate some alien remnants in the desert. And thus, two distinct timelines collide, the earliest of which contains the brief, introductory chapter of the film. As the astronaut starts reading, endlessly pursuing a tedious conversation with himself, so does time pass, until the year 2045, when he decides to exit the space station, no matter the cost.

And so Miller's ordeal lasts from 2039 through to 2045, two dates which weren't chosen arbitrarily. After all, the film is about memory, memory as one's last recourse against death. Since science has now located the cradle of thoughts and feelings directly in the brain, death necessarily implies the disappearance of what we understand as "conscience". While this has allowed the liberation of many from the clutches of religion, it has also left them in a distressing void. The death of one's conscience is not a very exciting perspective and so people strive to be remembered after their deaths so as to attain immortality through agency. That is why one needs peers so dearly: for remembrance, and for providing material on which to leave a lasting imprint. And so the titular emotion, while it is hardly an item that can be precisely delineated, is understood as a way to leave an indelible mark on humanity and thus transcend the reality of death, which is what grants it supreme relevance within the narrative.

This is all well and good and there are many unseen depths to the screenplay. Unfortunately, the execution is completely atrocious. While one would need to reflect on the images onscreen and to bask in solitude in order to better understand the protagonist's plight, the director constantly overwhelms us with the presence of humanity. While silence would've best befitted most scenes, as Love vies to use absence in order to convince its audience of the need for agency, we get deafening music all the way through. And I do mean deafening, as the soundtrack becomes increasingly distracting from the images at hand. Then, there's the incessant blabbering as lonely Miller enters in an endless dialogue with himself, his home base and various hallucinatory characters. 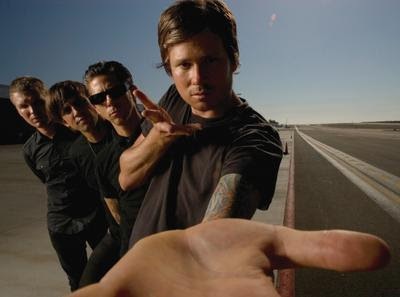 Hell, there is one instant where he picks up an instruction manual detailing how to service a certain control panel. When he does, the camera frames the pages as he flips through them. A Russian text appears onscreen. And so we understand that the protagonist cannot grasp the instructions. Any further reaction of frustration coming from him should become immediately intelligible. So there is no need to have the actor whine about the instructions being in Russian, or worst, make a joke about it. So why does director Eubank do it? Is it because he doesn't give us credit for understanding the images onscreen, or is it rather that he doesn't give himself credit for creating immediately intelligible images? In all fairness, I believe that the latter assumption is true, and that is precisely what torpedoes the film.

While the images Eubank crafts bear some definite narrative weight in themselves, the man decides instead to put sound in charge of propelling the storyline. Which is a terrible mistake considering that the film aims (not unlike Tarkovsky's wondrous adaptation of Lem's Solaris) at cultivating a sort of nostalgia for human contact and what one could call the paramount human feature, love. And while it is hard to convey the feeling of love through the sight of Malibu sunsets (which Miller dubs the grandest sight he ever beheld) and some snippets of a half-naked beach bimbo (the astronaut's wife) who seems to have crawled out of some Miami strip club, it is even harder to convey solitude when the film is crowded with extra-loud noise and incessant dialogue. Strangely unhappy with the well-composed shots he has painstakingly crafted, Eubank doesn't abide by the principle according to which an image is worth a thousand words. He rather seems to think that each image is worth no word at all, and that they all need to be complemented by a thousand words. This creates a film far too dense for its own good, one which eventually self-destructs under the weight of its own uncertainty. It is as if every point Eubank was trying to make couldn't be shown pictorially, but needed instead to be hammered home with an abundance of dumb, explanatory texts and one hell of a nasty power drill called Angels and Airwaves, which ends up numbing the viewers' sensory apparatus to the point of obliviousness.

A distinct feeling of déjà-vu overshadows the entire project

The use of talking heads is a further example of Eubank's lack of self-confidence, and a surprising one at that. Popping up here and there while the main narrative is unfolding are random people's confessions, all of which would feel more at home in a TV report about recovering alcoholics. While all these interventions follow a common thread, each vying for the need of human agency, they feel completely superfluous considering the nature of the narrative, which itself emphasizes that point a great deal. Said interventions actually impair the flow of the film and its unrealized need for absence. They also point to the crippling legitimacy crisis plaguing Eubank's work. By resorting to such a vox populi, the director seems to require outside intervention to help him establish his own, very personal message, trading the author's mastery over his own material for the reassuring multiplicity of arguments. Unfortunately, a film is not a philosophical treaty and so the accumulation of proof will not necessarily amount to a better result, only a more tangled one.

Strangely enough, ex-cinematographer Eubank doesn't even seem to grasp the importance of cinematography in setting the mood of a film, but also in telling the story outright. And so he relies far too heavily on sound, as if trying to find crutches for an Olympic sprinter. Metaphors aside, his film would've been much, much better had there been no sound at all and had one been given the chance to watch the screen and not the cracks forming behind the speakers. In a bid to strengthen his central thesis by every mean at his disposal, and trying to make sure everybody got the point, what Eubank ended up doing is alienating his target audience, fans of space as a black, empty void, those very people who look at the stars in quiet awe, hoping that film could capture, as Kubrick, Tarkovsky and Scott did, the feeling of wonder one derives from otherworldly silence and solitude. Which is precisely the kind of expectations that the director generates when blatantly referencing untouchable classics such as Solaris and 2001: A Space Odyssey, two films without which most of the ideas contained in Love would be non-existent. That said, attempting to crossover those two latter films is a very dangerous move for it necessarily forces comparison, highlighting Eubank's weaknesses as a director and making his film seem pointless.

Upon exiting the theater, a close friend and sci-fi enthusiast voiced his lack of appreciation for Love with a somewhat relevant question: "Whose idea was it to make a lesser copy of 2001?", he asked. And while this comparison is rather unfair, it should precisely reflect the inner reaction of any film buff at the threshold of the revolving doors. After all, Eubank's work will always draw that kind of resentment for it replicates too many of Kubrick's images without even thinking twice about their contemplative nature. But while some might call this a travesty, I call it merely a faux-pas. After all, the man at the helm shows some definite potential, which he shall exploit fully when he stops borrowing and finds a voice of his own.


2/5 Love underplays some superb pictorial assets to better showcase its derivative ideas, knack for superfluous dialogue and pathological obsession with Angels and Airwaves (from whom the title of the present film is borrowed!). It's a shame because first-time director Eubank shows some definite potential, which should come to fruition when he starts taking control over his own material.

Posted by Le cinécurieux at 6:52 AM